He may recently have become a member of her squad along with Sir Patrick Stewart and was seen as part of a mash-up viral video of celebs miming along to 'Shake It Off'', but Sir Ian McKellen has suggested that there could be some bad blood between himself and Taylor Swift, after he said in a new interview that he was “thrown out” of a New York apartment in which he was staying.

Swift bought a property in the well-heeled Tribeca area in the Big Apple back in March 2014, from Lord of the Rings director Peter Jackson for $19.95 million. It turns out that the legendary actor was living there temporarily at the time and was unceremoniously turfed out! 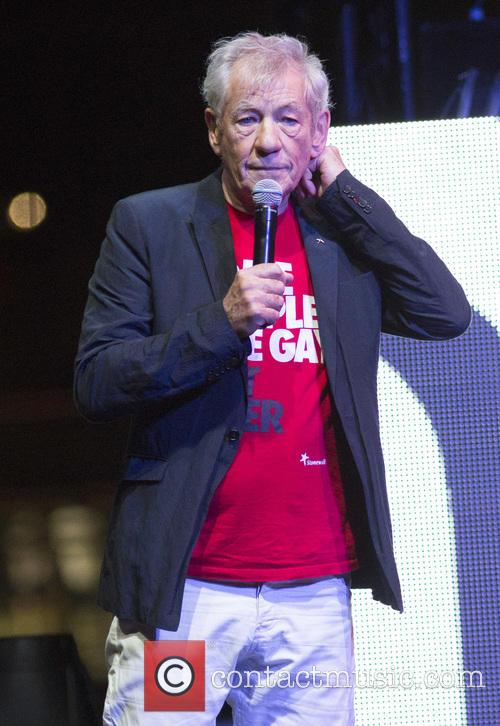 “When I was living in Peter Jackson's apartment in New York, Taylor Swift bought it while I was there and I was thrown out before I wanted to leave! That hardly puts me in Taylor Swift's team, does it?” McKellen said humorously to Gay Star News.

However, he indicated that she was perfectly entitled to do so. “She bought it, she had every right to - I was just lodging there for free!”

McKellen also revealed that Swift had invited him to appear onstage with her at her recent L.A. shows, but that he couldn’t make it. “She did ask me to appear with Patrick Stewart at her show in LA, but I had something else to do that night.”

In other Swifty news, she steamrollered the opposition at Sunday night’s MTV Video Music Awards – just like she’s done at pretty much every awards ceremony in 2015 – scooping three of the most prestigious trophies.