Hollywood actor Sir Ian McKellen has revealed he only got to star in the 'Lord of the Rings' and 'X-Men' movies because he declined an offer to appear in 'Mission: Impossible II'. 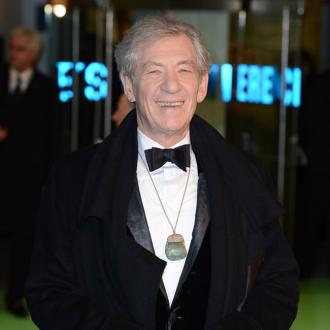 Sir Ian McKellen only starred in the 'Lord of the Rings' and 'X-Men' movies because he turned down a role in 'Mission: Impossible II'.

The 76-year-old actor - who appeared as Gandalf and Magneto, in two of the most successful franchises of all time - has revealed the decision to spurn the chance to appear in the action movie proved to be a turning point in his career.

He said: ''I got offered a part in 'Mission: Impossible II' with Tom Cruise, but they wouldn't let me see the whole script because I might have spilled the beans. I only got my scenes.

''Well, I couldn't judge from reading just those scenes what the script was like. So I said no. And my agent said, 'You cant say no to working with Tom Cruise!' and I said, 'I think I will'.''

Sir Ian said the decision proved to be a landmark moment for him, opening the door for other opportunities.