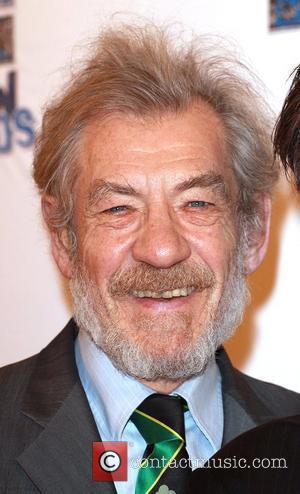 SIR Ian McKellen has spoken out against Britain's new anti-paedophile database, insisting the new scheme will dissuade amateur theatres from casting children.
The Lord of the Rings star fears the Vetting and Barring Scheme, which requires any adult working with children to register and submit a background check, will result in limited roles for young performers.
Adults who don't comply face a fine of up to $8,000 (£5,000) and a criminal record, which MCKellen maintains is unnecessary in the world of amateur theatre.
He says, "People are all there for the love of it - that's what amateur means. It's a very family atmosphere and there has never in the last 50 years been any hint of wrongdoing, and so it's trying to put right a problem that doesn't really exist. If children are no longer allowed, as it were, to perform with amateur groups the loss is everybody's."
MCKellen claims small companies are struggling to cope with the costs and extensive paperwork, adding, "There are so many people who seem to have an input into this new legislation that have been consulted, and people who haven't yet been consulted are the people whom it's going to directly affect."
MCKellen was speaking as a patron on behalf of The Little Theatre Guild, which represents more than 100 independent theatres in Britain.