British Acting Veteran Sir Ian McKellen Is Set To Stand In As Grand Marshal At A Gay Pride Celebration In His Native England Just Weeks After Marking America's Marriage Equality Victory At A Parade In New York City. 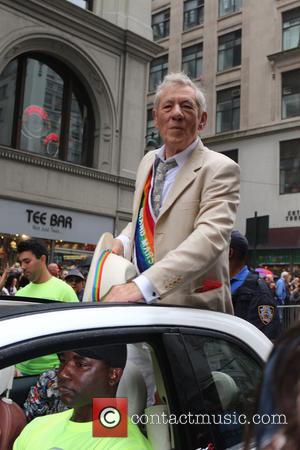 The Lord of The Rings star turned out for the pride parade in the Big Apple on Sunday (29Jun15), serving as grand marshal alongside his longtime friend Sir Derek Jacobi and celebrating the country's landmark court ruling on Friday (26Jun15) which made same-sex marriage legal in all 50 states.

MCKellen is now set to take the celebrations home by performing a similar role at the Manchester Pride parade in England next month (Jul15). The actor will be grand marshal and lead the parade through the city's streets on 29 August (15).