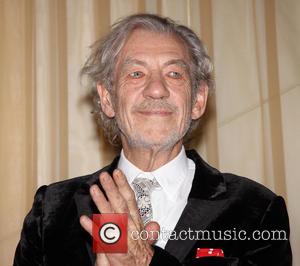 Sir Ian McKellen will always be fond of Broadway because he had a special connection with New York theatregoers following the terrorist attacks on the city in 2001.

The actor, who is currently starring opposite fellow Brit Patrick Stewart in a Broadway double bill, was appearing onstage with Dame Helen Mirren when the Twin Towers of the World Trade Center came crashing down on 9/11 and he was astonished that his show was still in business.

He recalls, "The play was called Dance of Death and it was by August Strindberg; not a popular play you'd have thought for the mainstream audience... Manhattan was absolutely blocked off; you couldn't get off the island... All the long-running shows, like The Producers, had run out of audience because out-of-towners weren't there. They were giving away tickets.

"We were the latest show in town and you couldn't get a ticket to see this very obscure, difficult play, but New Yorkers simply had to go to the theatre. It gave them a sense that there was a future, there was a life."