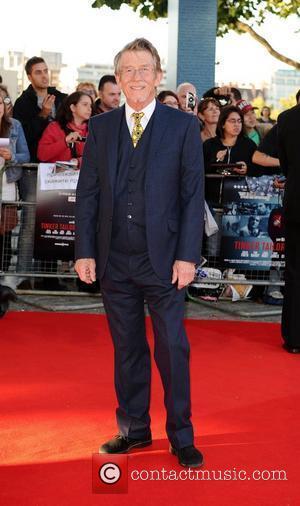 Sir Ian McKellen and Stephen Fry appear to have been successful in their campaign to save a British pub, called The Hobbit - and the two actors have offered to help the owners pay a yearly fee to keep the place open.
Lawyers representing the Saul Zaentz Company - the American firm which owns the copyright to a number of J.R.R. Tolkien's works - ordered the owners of the Southampton, England pub to change the name or face legal action.
The pub has been trading as The Hobbit for more than 20 years and landlady Stella Mary Roberts insisted she didn't have the funds to fight the legal threat.
MCKellen, who played wizard Gandalf in The Lord of The Rings movies, and Fry, who will appear in the upcoming adaptation of The Hobbit, threw their support behind a campaign to keep the bar open, and now the pair have put their money where their mouths are by promising to pay the license fee, reportedly about $100 (£65)-per-year, needed to prevent further legal issues.
Taking to his Twitter.com page, Fry writes, "Ian MCKellen and I v (very) pleased that The Hobbit pub appears to be safe. Between his FB (Facebook) and my tweet I hope we helped common sense prevail."