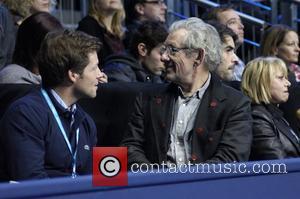 Sir Ian McKellen and David Tennant are among the stars who have been immortalised on a commemorative postage stamp in their native Britain.
Bosses at Royal Mail have marked the 50th anniversary of the Royal Shakespeare Company (Rsc) by printing images of actors in classic William Shakespeare stage productions.
Lord of the Rings star MCKellen is shown with Francesca Annis from when they played Romeo and Juliet in 1976, while Tennant is pictured during his stint as Hamlet in 2008.
Rsc's artistic director Michael Boyd says, "I am delighted Royal Mail has chosen to celebrate our fiftieth birthday with this set of stamps. It has been an almost impossible job to sift through 50 years of performances to choose images which represent the extraordinary range of work we have produced."