Sir Ian McKellen cried with frustration on while filming green screen scenes for 'The Hobbit'. 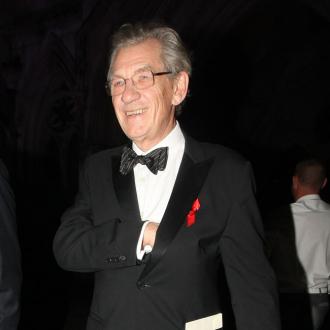 Sir Ian McKellen cried with frustration on the set of 'The Hobbit'.

The 73-year-old actor became distressed filming the Sir Peter Jackson-directed movie, and mistakenly told the crew he did not become an actor to pretend pictures on sticks were dwarves.

He said: ''I had a miserable day. In order to shoot the dwarves and a large Gandalf, we couldn't be in the same set.

''All I had for company was 13 photographs of the dwarves on top of stands with little lights - whoever's talking flashes up. Pretending you're with 13 other people when you're on your own, it stretches your technical ability to the absolute limits.

''And I cried, actually. I cried. Then I said out loud, 'This is not why I became an actor'. Unfortunately the microphone was on and the whole studio heard.''

However, he was pleased to find everything had been made pleasant for him on his next day of filming.

He said: ''The next day I went into my little tent and it had all been decorated beautifully. Remnants of Rivendell, carpets and cushions, fresh fruit and flowers, things that were hanging. It was lovely.''