Sir Ian Mckellen Stripped Down To His Underwear At Charity Event 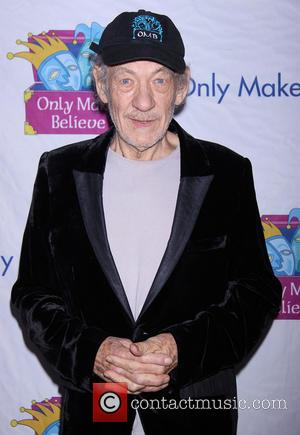 Sir Ian McKellen stripped down to his underwear for a charity performance in New York on Monday (04Nov13).

The Hobbit star was on hand to present Only Make Believe gala honouree and Lord of the Rings enthusiast Alex Karp with part of his Gandalf costume.

Before the presentation, MCKellen took to the stage dressed as a marathon runner, but removed his outfit to reveal a pair of underwear decorated with Gandalf's face and the words "You Shall Not Pass" on his butt, according to the New York Post.

Actress Susan Sarandon also received the Sir Ian MCKellen Award for her philanthropy and activism during the event.

Karp was recognised for his commitment to philanthropic causes.