Ian Somerhalder Has Fallen Victim To An Internet Prankster Who Hacked The Actor's Twitter.com Account And Sent Out A Message Professing Love For His Ex-girlfriend Nina Dobrev. 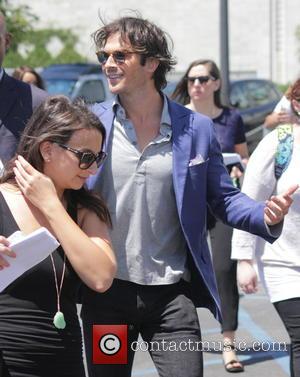 A hacker accessed The Vampire Diaries star's page on Tuesday night (15Sep15) and began sending out a number of tweets including one to Somerhalder's former co-star Dobrev, who he dated before marrying actress Nikki Reed.

The message, which was addressed to the actress, read, "I love u (sic)."

The tweets were later deleted. Somerhalder has yet to comment on the hacking.