'Beverly Hills 90210' actor Ian Ziering has confirmed his wife Erin is four and a half months pregnant with the couple's first child. 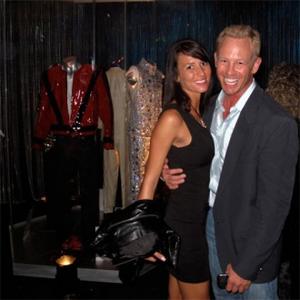 Ian Ziering has confirmed he and wife Erin are expecting their first child together.

The 'Beverly Hills 90210' actor - who tied the knot with the brunette beauty in May - revealed the couple are "beyond excited" to be expecting a baby next April.

He told People magazine: "Erin and I are very excited to be parents. It's something we both have always wanted. Erin is four and a half months along, and we both are beyond excited."

The 46-year-old star - who divorced former Playboy model Nikki Schieler Ziering in 2002 after five years of marriage - tied the knot with Erin earlier in the year during a sunset ceremony in Newport Beach, California, in a gazebo which overlooked the pacific ocean.

An observer - who was joined at the nuptials by a whole host of high-profile names, including Megan Fox, Brian Austin Green and Jason Priestley - explained the couple looked "ecstatic" to be taking their vows.

The source said: "They looked ecstatic and kept kissing and smiling at each other."