Actor Ian Ziering Feared He Would Be Tackled To The Ground By Secret Service Agents While Filming The New Sharknado Sequel Outside The White House, Because He Wasn't Convinced Authorities Had Been Properly Briefed About The Shoot. 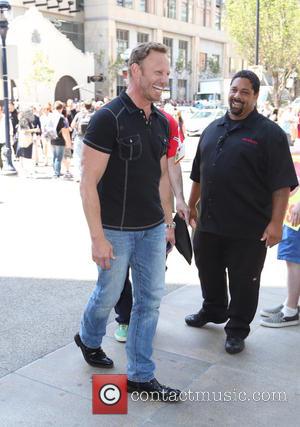 The former Beverly Hills, 90210 star reprises his role as Fin Shepard in the TV action movie, and admits even he was stunned at how much access producers had been granted to shoot scenes in typically-restricted areas in Washington, D.C. and in Florida, near the Kennedy Space Center, due to the franchise's popularity.

In one sequence for Sharknado 3: Oh Hell No! Ziering was filmed running outside the White House, which is usually off-limits to film crews, so the actor made sure to check he had clearance from federal agents before cameras began rolling - just in case he sparked a security scare.

He says, "We got access to incredible locations because of the fans. We got into Cape Canaveral through NASA. I was running, right in front of the White House!

"I wanted to make sure the Secret Service knew what we were doing here... because there was never any communication here that I saw (between producers and authorities), and they said, 'Oh yeah, don't worry'. But I walked up to the guards (on set) and I said, 'Hey, you guys know what we're doing?' They said, 'We know what you're doing, go for it'."