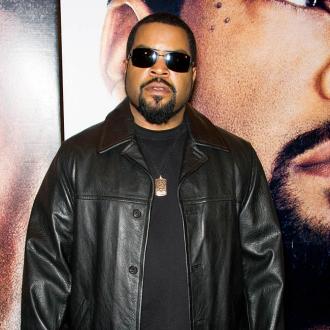 '22 Jump Street' is ''crazier'' than the original film, according to Ice Cube.

The actor, who plays Channing Tatum and Jonah Hill's boss in the comedy franchise, says directors Phil Lord and Chris Miller have made the sequel to hit comedy '21 Jump Street' even more outrageous.

He told Collider.com: ''It's a lot crazier! If you give Phil Lord and Chris Miller more money, then they come up with more crazy stuff. We shot a lot of crazy s**t. We had fun. We were able to improv as much as we wanted. We were getting nice, juicy takes of all kinds of crazy stuff. You could damn near cut two movies together.''

The 44-year-old star is set to reprise his role as Captain Dickson, who has the unenviable task of keeping bumbling police officers Jenko (Tatum) and Schmidt (Hill) in line.

Ice Cube admits he jumped at the opportunity to reprise his character in the upcoming follow-up film.

He said: ''I always want to read the script before I totally commit, but it was pretty clear that they wanted me to be a part of the sequel and they wanted to beef up my role. You can't be mad at that. I told them to pencil me in and let me check it out.''