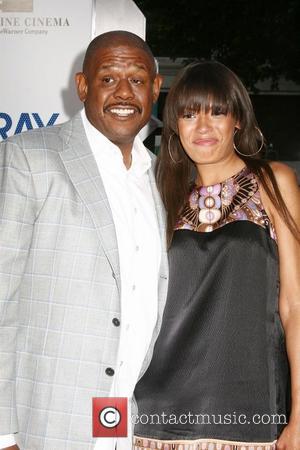 Producers of new movie THE LAST KING OF SCOTLAND are reportedly being sued by the family of late Ugandan dictator Idi Amin over the persistent allegations of cannibalism levelled at the leader in the film.

The movie - which stars Hollywood actor Forest Whitaker as the powerful political leader - centres around the height of Amin's despotic rule, during which over 400,000 Ugandans were killed and the country's entire Asian population expelled.

Amin's eldest son TABAN AMIN confirms the family are planning to sue for defamation for the dictator's depiction eating human flesh, arguing they never granted permission for their father's name or image to be used.

Amin says, "These actors have been depicting my father as eating people. I was with him for many years, but I never saw any human flesh.

"We shall never allow anybody to play around with our family and our dad. They had to contact the family, period.

"No one can just go and start filming about George Bush without the family's consent."

The movie is based on GILES FODEN's best-selling novel of the same name - with the title referring to Amin's stated desire to take over from Britain's Queen Elizabeth II as monarch of Scotland.