Florida Teen Is A Dead-Ringer For Frozen's Princess Elsa...And She Has A Sister!

Anna Faith Carlton has become a sensation after posting a photo of herself as Elsa. 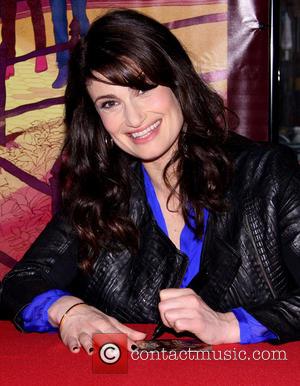 A Florida teen has become an internet sensation after sharing a photo of herself dressed as Disney's Frozen princess, Elsa, via Instagram. 18 year-old Anna Faith Carlton's remarkable physical similarity to the animated princess as well as her meticulous attention to the character's hair, make-up and outfits have made her an instant internet star.

Anna rapidly shot to 350,000 followers after her striking image was even shared on the news: "It was everywhere, and I was, like, what is happening, I don't understand," she said. She actually works as an Elsa impersonator, making appearances at special occasions, including children's birthday parties and proms, reports ABC News.

Anna has said that she was the one who noticed her own similarity to Elsa after watching the hit musical in December. "It's a crazy resemblance," Carlson told the Orlando Sentinel. "Every time I watch [the movie], it's weird because it's like I'm watching myself. It's kind of creepy."

The best part of the story is that Anna has a younger sister, Lexie Grace, who is a dead-ringer for Elsa's little sibling Anna, especially when she dons a brown plaited wig and a princess' gown. The pair appeared in character on Fox and Friends earlier this week and caused a stir with their costumes.

In an interview with Hollywood Life, the recent high school graduate revealed she hadn't expected the overwhelming attention she has received. "I never thought I'd get so much support," she said. She is hoping to make the publicity work in her favour by drumming up support to become part of ABC's fantasy drama series, Once Upon A Time.

The popular show has recently teased that it could be adding an Elsa, an Anna and a Kristoff to its cast. "If I got an audition, I could show them two sides of Elsa. On Once Upon A Time she was a bit of a villain, but I could show her other side - that she's trying to protect everyone. I have a couple skits I could show them - and I could sing, too!" Anna explained.

To get herself seen by the show's producers, Anna has launched an internet campaign which requires her fans to "re-gram" her photos with the hashtag "#AnnaAsElsa" in the hope that the trending topic will get her an audition.

Watch the trailer for Disney's 'Frozen' and decide for yourself.

If Anna has Elsa actress Idina Menzel's singing talent to boot, there should be no reason why she couldn't try out for the role in the upcoming planned Frozen Broadway musical too.

Two Florida Teens Have Become A Sensation After Appearing As 'Frozen' Princesses Anna & Elsa On Fox.