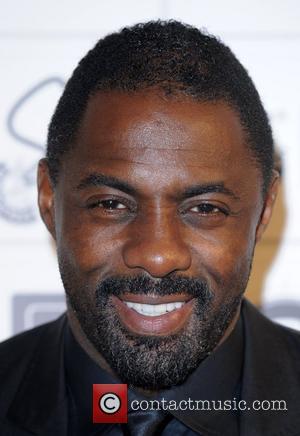 British actor Idris Elba is sporting a cast on his leg after injuring his foot playing soccer.
The Wire star hobbled on to the stage on crutches for Jonathan Ross' chat show on Friday (16Apr10) with a plastic cast on his left leg.
Elba told the host he fell during a game of soccer - but wishes his injury had been more dramatic.
He jokes, "Well I was training for the England squad! I was playing a little football and tore my Achilles. I was going to tell you I was climbing up a volcano but I wasn’t. I was about to score when he (a friend) caught me from the back."
The actor is the latest British star to suffer a foot injury - David Beckham has been ruled out of the Soccer World Cup after rupturing his Achilles' tendon, while Lost actor Dominic Monaghan has smashed his metatarsal.