Idris Elba is in talks to replace Daniel Craig as the next 007, but he is wary about being known as ''the black James Bond''. 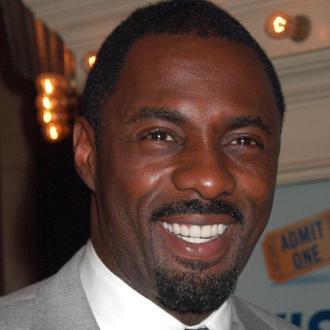 Idris Elba has been tipped to replace Daniel Craig as James Bond.

The 'Prometheus' actor is in talks with producer Barbara Broccoli to take over from Daniel as the iconic British spy in the future, making him the first black 007 agent to grace the big screen.

New Bond girl Naomie Harris - who plays Eve in the latest chapter 'Skyfall' - said: ''I didn't realise that there was this talk and then I did a film with Idris and he said that he met Barbara Broccoli and that it does seem like there is a possibility in the future that there could very well be a black James Bond.

''And I would have to vote for Idris because I just finished working with him and he's a great guy.''

Daniel is contracted for two more Bond films, so Idris' would take over the role in several years' time, Collider.com is reporting.

The London-born actor rose to fame as drug lord Stringer Bell in TV series 'The Wire', and was awarded a Golden Globe for his lead role in BBC crime series 'Luther'.

Idris recently revealed that although he was interested in the part, he wants to be remembered for his skills as an actor and not for his skin colour.