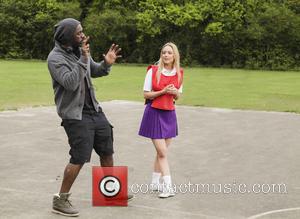 Idris Elba, Peter Capaldi, Natascha McElhone, Hugh Bonneville and Bill Nighy are among the stars who have written their own school reports as part of a charity fundraising drive.

The actors have all joined the appeal for Cecily's Fund by filling in a form about their young selves, which will be auctioned off online to raise money for the education charity.

Prometheus star Elba awards himself an A- grade and adds of his 15-year-old self, "Idris is a natural leader but sometimes he leads the boys (his friends) down the wrong path and they follow him like sheep. If he used his influence to direct his very imaginative plays he would get an A+ instead of an A-. Drama is something he should consider in the future."

Downton Abbey's Hugh Bonneville gives himself a B- for maths, writing, "Hugh must learn not to get grumpy when he gets his equations wrong," while Californication actress MCElhone accepts a D for religious education, adding, "Natasha resists giving herself over to the idea of believing without proving."

Other stars who have taken part in the scheme include The Hobbit: An Unexpected Journey star James Nesbitt, Ugly Betty star Ashley Jensen, Charles Dance and Joanna Lumley.

The reports are for sale on eBay.co.uk.