Iggy Alazea no longer worries about offending people with her raunchy songs - because she's upset everyone already. 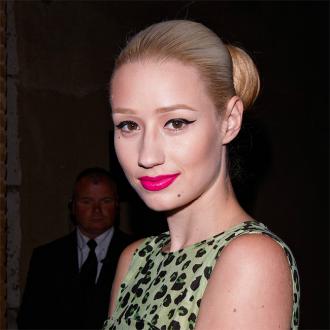 Iggy Azalea believes she has ''offended everyone''.

The 'Pu$$y' singer says people were shocked by her explicit lyrics when she started out, but she is glad she upset them, because it gives her artistic freedom.

She said: ''Everybody was highly offended at first but now I can do whatever I want because I've already offended everyone.''

The 'Bounce' hitmaker will support Beyonce on tour later this month and is delighted to have got the gig - mainly because people can't speculate she slept her way onto the tour.

She told the Daily Star newspaper: ''It's great to be supporting a woman because they won't be able to say it's about sex or that I gave Beyoncé a b**w job to get the gig, so yes it should be fun.

The 23-year-old singer releases a new track, 'Change Your Life', next week, which is about her ''obsessive'' approach to love.

She explained: ''When I meet someone I obsess about them. The track is saying, 'I could change your life if you were with me, you should come and join my universe.' ''