Iggy Azalea is helping her fellow singer Rita Ora look for a new boyfriend, and there could be a potential suitor for her in the LA Lakers basketball team. 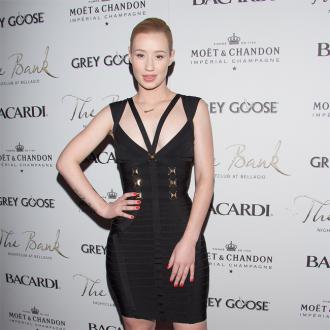 The 24-year-old rapper is reportedly being pestered by her beau Nick Young's LA Lakers teammates to help them land a date with the 'How We Do' hitmaker and, although she's willing to help, she's not letting just any guy near her newly-single best friend.

A source told the Daily Star newspaper: ''There are quite a few guys at the Lakers who really fancy Rita, and they would love to take her out.

They see Iggy as a way in to nabbing a date with her.

''Every time she's at a Lakers function with Nick, they try to butter her up in the hope she'll put in a good word for them.

''Now that Rita is single, Iggy is getting asked about her all the time. So far it hasn't worked because Iggy is quite protective.

''She tells Nick's teammates that they'll have to prove that they're real gentlemen before she puts them in touch with her friend.''

However, it's highly unlikely that Rita, 23, is ready for another serious relationship just yet as she recently admitted she still ''adores'' her ex-boyfriend Calvin Harris, whom she split from in June after a year of dating.

She said last month of her former lover: ''We both work really hard, we're both all over the place. I'm not doing too great but I'm doing better than I thought. I adore him and he's an amazing human being.''