Iggy Azalea has chosen Demi Lovato as a bridesmaid for her upcoming marriage to baskeyball player Nick Young. 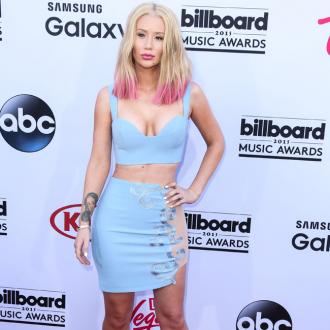 Iggy Azalea has chosen Demi Lovato as a bridesmaid.

The 25-year-old rapper revealed the 'Heart Attack' hitmaker will be a key part of her wedding to her basketball playing fiancé Nick Young, and is hoping the 22-year-old singer will treat her guests to a live performance when they eventually tie the knot.

She said: ''Demi Lovato's going to be one of my bridesmaids. She'd better sing at my wedding!''

However, the 30-year-old sportsman - who proposed to Iggy earlier this month at his birthday party - has high hopes of other musicians taking to the stage at their nuptials, most notably R. Kelly, who he wants to sing his 2013 song 'Marry the P***y'.

Speaking to James Corden in the Carpool Karaoke section of the 'The Late Late Show', she explained: ''I don't know, but I know Nick really wants R. Kelly to sing at our wedding so he can sing 'Marry the P***y' with R. Kelly ... He's trying to make it happen.''

Meanwhile, the 'Fancy' singer recently revealed she is eager to wear a ''big'' wedding dress ''with a train'', because she would never get to wear one in her normal life.

She explained: ''I think when you are a celebrity, you get to fortunately go on red carpets so much and wear the sexy silhouette gown and I've worn my fair share of those.

''But I never get to wear something big with a train, so I might do the whole thing.''