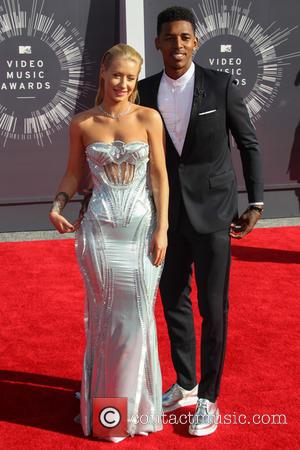 The pop superstar caused controversy by giving the two singers a passionate smooch during their performance at the prizegiving in 2003, and Ora wanted to recreate the stunt with Azalea during their turn on stage at the 2014 ceremony on Sunday (24Aug14).

However, the Australian rapper rejected the singer's suggestion.

Ora tells Britain's The Sun newspaper, "I said to Iggy we should just make out on stage, kiss during our performance. She told me that would be crazy because it's already been done. Britney Spears and Madonna kissing was my favourite Vma performance ever."

The pair teamed up to perform their collaboration Black Widow at the show.