The 23 year-old recording artist will not crowd surf at any of her shows due to fans attempting to stick their fingers in inappropriate places. 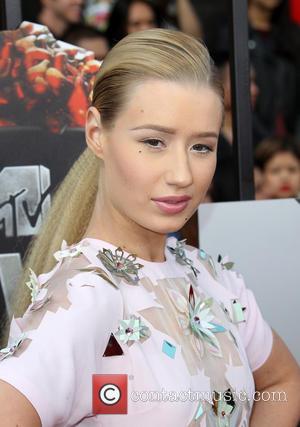 Iggy Azalea is one of hip-hop's most beautiful female stars, and of course with that comes a lot extra attention.

But all it takes some idiotic fans to ruin a good time for everyone else.

The Australian recording artist recently appeared on New York City's radio station Hot 97 and revealed that crowd surfing is something she will never do again due to audience members attempting to sexually assault her.

On Tuesday (April 22nd) the 23 year-old recalled harrowing incidents of fans trying to put their fingers into very inappropriate places when performing.

"I will get lurk tweets for like a week before my show, like 'I'm about to go to the Iggy Azalea show and I'm going to finger her,' and I'll see it and be like, please don't!," she said. "That's a violation. I don't actually like that stuff."

The most surprising aspect of this disturbing revelation is that it is mainly the females who will try and inappropriately grope her.

MORE: Iggy Azalea Nervous About Being Sick On Stage

MORE: Iggy Azalea Releases 'The New Classic,' Get The Lowdown On The Aussie Rapper

As well as stopping crowd surfing, Iggy has also taken extra care in her onstage attire as she now wears two pairs of underwear and skin-colored tights underneath her pants as a "protective barrier."