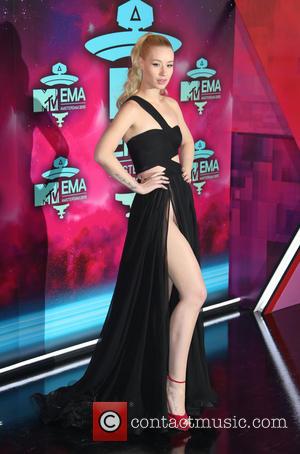 Australian rapper Iggy Azalea suffered the ultimate wardrobe malfunction on the MTV Europe Music Awards red carpet in Amsterdam, Holland on Sunday (10Nov13) when she accidentally flashed her genitals as photographers snapped away.

The Work hitmaker was attempting to discreetly adjust her beige thong under a sleek thigh-cut black gown when she gave onlookers a surprise by revealing a bit more than she had planned.

Azalea laughed off the awkward moment and headed inside the awards show, where she performed onstage with Robin Thicke. But the image of her fixing her underwear will live on - shots of the embarrassing slip-up have already started appearing online.