Iggy Azalea Thanks Fans For Support After Coyote Attacks Her Dog 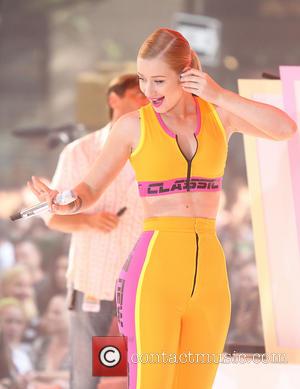 Iggy Azalea has thanked fans who reached out to the rapper after learning her pet dog had been attacked by a coyote.

Jelli was injured in Los Angeles while Azalea was on tour in Canada.

Posting a photo of her injured pooch on Instagram.com, the Fancy hitmaker wrote, "The Drs (doctors) said she's gonna be fine. Lucky she's got lots of wrinkles so the bite on her neck was only skin deep. Thanks for the positive vibes guys."

She first shared the news on the site, stating, "My heart is literally breaking."