Posted in Press Releases on 10 February 2014 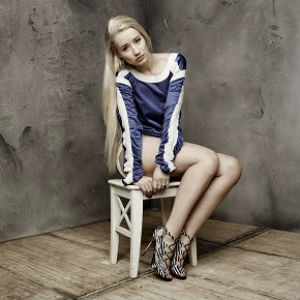 Sunday 6th April brings the release of Iggy Azalea's new single, 'Fancy' feat. Charli XCX. The Australian rap siren exploded onto the airwaves last year with her killer underground smash, 'Work'.  Almost 12 months on, Ms Azalea has made her mark across the globe, from London to Atlanta, Paris to Sydney, Milan to LA, cementing herself as a sure-fire pop sensation with a grand master plan, world domination.

Powering back onto the scene following her first UK Top 10 hit with 'Change Your Life feat. T.I' accompanied by Australian support dates on the 'Mrs Carter World Tour' with Beyoncé and European tour support with hip-hop royalty, Nas earlier in 2013, Iggy is armed and ready to take her electrifying live show on the road again with new material from her forthcoming debut album, 'The New Classic', due to release later this year.

Following her biggest performance to date on US prime time TV, 'The Late Show, with David Letterman, Iggy was invited to perform at this year's Grammy Awards Friends 'N' Family party, where she was joined on stage with fellow rapper, T.I. to perform their UK hit single, 'Change Your Life' together.

Last year Iggy ignited dance floors and festival fields across the UK with performances at Glastonbury, Wireless, Radio 1's Big Weekend, The Great Escape and London's O2 Arena to name a few; this summer will see Iggy return to the festival circuit as she joins the likes of Kanye West, Pharrell Williams and Basement Jaxx at London's Wireless Festival, with further festival appearances to be announced.