8) Objekt - Flatland
I'm not even sure we know definitively what "Dark Techno" is, but this second album for TJ Hertz under the Objekt banner proved to be far less dystopian than some anticipated. Flatland in truth was just as indebted to Detroit as Berlin, but it's sleek, clear lines were a lesson in intelligent design.

6) Flying Lotus - You're Dead
Having been the magus behind the Brainfeeder co-operative that catalysed cosmic hip-hop and post r&b, Stephen Ellison now duly set off to make his Sgt.Pepper. Utterly bonkers and full of risks (Even by his standards) You're Dead is the sound of a man ignoring everything else but his art, in the process finally becoming the Miles Davis of his generation.

5) Clark - Clark
Finally, a début album from (Chris) Clark, one that skipped genres compulsively, but all the while remained locked into a dazzling undertow, that being his cerebral and esoteric flip on old lady techno.

4) Lone - Airglow Fires
Or how Matt Cutler finally nailed his own influences,  from dreamy house to old skool hip-hop, and turned them into his most inclusive album yet: Warm, soulful and casting a long shadow,

3) Diplo - Florida (10th Anniversary Edition)
Even we have to admit that re-issues are frequently a chore, but this two disc reworking of Diplo's first album is a reminder of it's off-the-cuff invention, cavalier beats and enduring quality. Few releases have earned the right to be mentioned in the same breath as DJ Shadow's Entroducing, but there, we just did.

2) Sleaford Mods - Divide & Exit
No album in 2014 split opinion more than this, Jason Williamson and Andrew Fearn's first high profile release and one that deservedly brought them to the very fringe of the mainstream. Impossible to describe to the novice, their street language and Bontempi invective was either chattering class vomit or proletarian genius. We go with the latter.

1) Aphex Twin - Syro
The year's biggest nice surprise, Mr James re-emerged after thirteen years a seemingly changed man from the one who begrudgingly last gave us Druqs. If that was a stark, post millennial head f*ck, the new Twin was positively avuncular and Syro a heady, almost Balearic splurge of bubbling melodies that made it accessible to even the mildly curious. And the even better news? His five year old son we hear has also joined the family business. 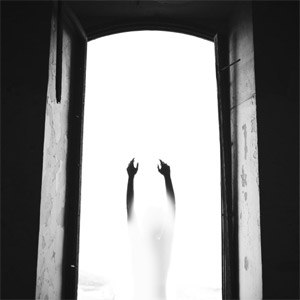 Illum Sphere - Ghosts of Then And Now Album Review