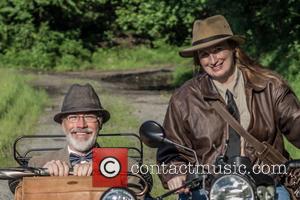 Picture: Ken Thomas and Vicki Thomas - "It's not the years, honey, it's the mileage," is the perfect Indiana Jones quote to sum up this celebratory...

The possibility of making a new INDIANA JONES film is currently being explored by director George Lucas according to Harrison Ford, and the Hollywood actor says he hopes the 66-year-old is 'working hard' on making the idea a reality, reports MTV News.
There has been much speculation as to a fifth INDIANA JONES movie, following the huge success of the 2008 film 'Kingdom of the Crystal Skull', which grossed $786 million. Speaking at the premiere of his new movie 'Morning Glory', 68-year-old Ford said that he knows Lucas is currently looking at doing a new movie, saying, "It's on George's plate, and I'm hoping he's working hard at it", before adding, "if the three of us could get together - George, Steven Spielberg, myself - I'd love to do another". However, the actor stopped short of providing further details of the project, saying, "I'm not at liberty to tell you what I know and what I don't know".
SHIA LA BEOUF fuelled rumours of a fifth movie earlier this summer by saying he had a meeting with Spielberg about the project, he said, "I got called into Steven's office, and he pitched a little bit to me and it sounds crazy. It sounds really cool".