Ever since the late 1980s, Swedish punk icon Dennis Lyxzén has been making powerful protest music through various bands, most notably hardcore innovators Refused, rock n roll revivalists The (International) Noise Conspiracy and the thrashy AC4. One of his lesser known projects, and yet still political, is post-punk outfit INVSN (formerly known as Invasionen) who continue their antiestablishmentarianism with their self-titled current moniker debut. 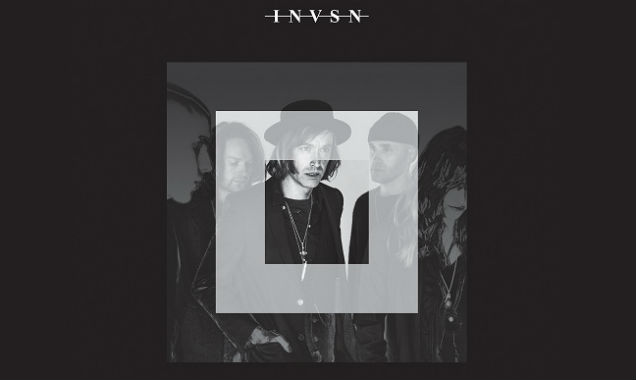 '#61' kicks off this album excellently being a great dark synth number; dreamily slow with delayed guitars and underlying industrial electronics. Lyxzén's vocals fuse well with those of bassist/vocalist Sara Almgren, the difference in gender helping each voice to strengthen the other. Following track 'Down In The Shadows' is a different beast with blasts of electronic noise at the start before going into a low and driving, but subtle, riff. Lyxzén harmoniously sings, 'They're never gonna give you praise, when you're on your knees' and 'Who do you think you serve? Not your own life' approaching themes of self liberation.

The chorus of 'God Has Left Us Stranded' has some thought provoking lyrics, which state that humanity can't be certain of a higher power watching over us, and therefore how the world is is down to us. This is reinforced with, 'We only got ourselves to blame, we only got ourselves to save'. The song is strengthened by the dirty bassline juxtaposing the light guitar notes in good old post-punk fashion. 'Västerbotten' has the most heart-wrenching verses of all: 'We born to end up here' refers to the picket fences they've been on most of their lives, connoting that they feel their political struggle will never end. 'Our Blood' is built on a clearer bassline with icy tremolo-picked guitars that drift in and out creating a ghostly atmosphere - that is until Lyxzén starts screeching 'OUR BLOOD!' repeatedly, which defiantly catches you off guard.

The album closes on 'The Hate'; one the record's most minimal and slowest tracks, with The Cure's 'Disintegration' era esque guitars that feel somewhat detached. Sonically, it feels sad, but it's actually the most positive song words-wise, expressing the great satisfaction you get when prevailing over an enemy. The song and therefore the album ends with the instruments building up and crashing, void of vocals, but still in keeping with the level-headed nature of the rest of 'INVSN'. It's one of the most breathtaking parts of the album and invites you to come straight back to the record.

This is a fantastic album. While not incredibly ground-breaking in terms of the post-punk genre, it is incredibly well written with strong instrumentation, powerful lyrics and the odd surprise. Lyxzén is still finding interesting ways to deliver his message after two decades of doing so, and his voice has found yet another new home in a different soundscape to that of his other bands. If you're a fan of post-punk or political music, be sure to give this a listen as it excels at both.