Irina Shayk has reportedly split from Cristiano Ronaldo after three years of dating. 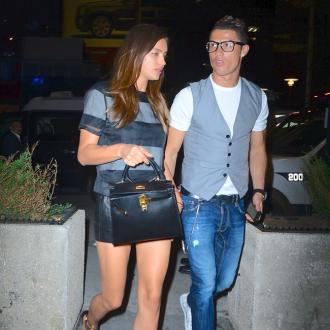 The 29-year-old model has sparked rumours she recently ended her relationship with the soccer star, 29, after three years of dating after suddenly unfollowing him on Twitter.

The brunette beauty also failed to support the Real Madrid player when he scooped the prestigious Ballon d'Or winner for the third time during a glitzy ceremony in Zurich on Monday night (12.01.15) and he did not mention the Russian model in his acceptance speech.

But a spokesperson for Irina claims the event merely ''didn't fit in with her schedule.''

Her New York-based PR told Goal.com: ''[The Ballon d'Or] didn't fit in with her schedule - it was because of work commitments. We have no further comment to make.''

However, the aspiring actress has been posting a number of pictures on her social media profiles from the beach in recent days after jetting off on holiday to celebrate her birthday on January 6.

The former Victoria's Secret model first hinted she was newly single when she posted a photograph of herself cuddling a black dog on Facebook on December 3, with the caption: ''Found my new love.''