This overlong comedy is so episodic that watching it is exactly like sitting through five episodes of a sitcom back-to-back. It's funny and enjoyable, with characters we enjoy watching, but they continually spiral back to where they started, and in the end we feel like there's been a lot of fuss about nothing. Even so, the script offers plenty of hilarious observational humour, and the cast is thoroughly entertaining.

Reprising their roles from Knocked Up, Rudd and Mann play Debbie and Pete, who turn 40 within a week of each other. But Debbie isn't coping very well with it, and her emotions swing wildly from steamy lust to fiery rage while Pete just tries to hang on. Their daughters (played by Apatow and Mann's real daughters Maude and Iris) each have their own issues to stir into the mix. And then Pete's needy father (Brooks) turns up with problems of his own, forcing Debbie to think about her own distant father (Lithgow). Meanwhile, the economic crunch is causing problems for both of their businesses.

Yes, both of them own businesses. This is not the typical struggling 40-something couple, so it's not easy to sympathise with many of their issues. Fortunately, Apatow's dialog is packed with brazen honesty and an appreciation for rude gags that keep us laughing even in the absence of an actual storyline we can get involved in (although there's one major plot point along the way). Rudd and Mann were arguably the best thing in Knocked Up, so it's great to let them take the spotlight here, making the most of their sparky interaction. And aside from experts like Brooks and Lithgow, there is a continual stream of superb side roles, including Fox as Debbie's oversexed and possibly embezzling employee and McCarthy as a furious school parent (her big scene is expanded into a brilliantly improvised outtake riff in the closing credits).

Continue reading: This Is 40 Review 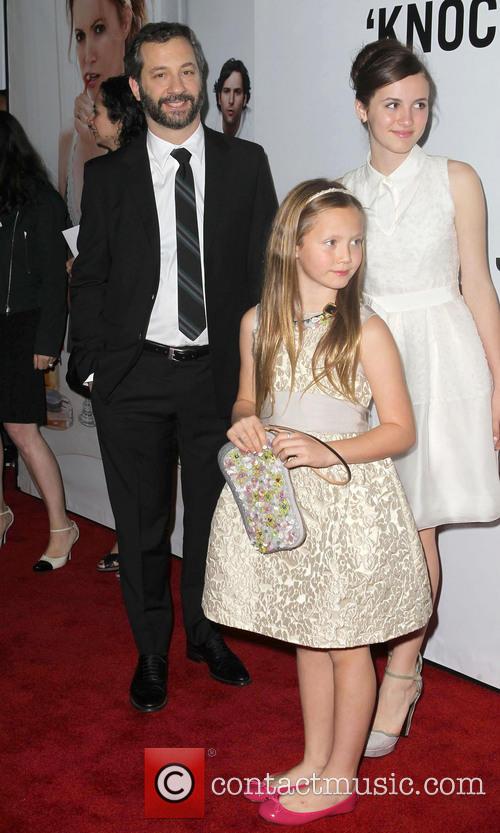 'This Is 40' is a spin-off of 2007 film 'Knocked Up' and surrounds the lives of husband and wife Pete and Debbie. Debbie is the sister of Alison, the woman who the 'Knocked Up' main protagonist Ben gets pregnant after a one night stand. Debbie's own tempestuous relationship with Pete is touched upon in this film when she and him separate briefly after she finds out he keeps disappearing at strange hours to play fantasy baseball thus finding an escape from married life. 'This Is 40' follows their marriage in more depth some years on. Debbie is turning forty and is generally depressed about life let alone her marriage, Pete is finding more ways to escape and their kids are going through difficult stages.

Continue: This Is 40 Trailer

On the heels of 2005's blockbuster The 40-Year-Old Virgin, writer/director Judd Apatow again mines hilarity from the relatably human in a comedy about a one-night stand with unexpected consequences: Knocked Up. Katherine Heigl (Grey's Anatomy, Roswell) joins Virgin alums Seth Rogen, Paul Rudd and Leslie Mann for a comic look about the best thing that will ever ruin your best-laid plans: parenthood.