Iron Maiden Rocker Bruce Dickinson Has Stunned Fans By Suggesting Oral Sex Could Have Been To Blame For His Throat And Mouth Cancer Diagnosis. 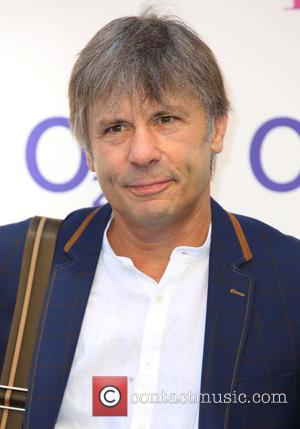 The Run to the Hills singer fought the disease in February (15) after doctors found tumours on his neck and tongue, and he insists the cancer had nothing to do with smoking cigarettes.

He tells satellite radio host Eddie Trunk, "It's a virus - HPV, human papilloma virus. They all are. I'm almost willing to bet, anytime you hear about somebody who gets tonsil cancer, throat cancer, lung cancer, whatever it is, if they’re not heavy smokers and they’re not massive, heavy drinkers, it’s almost inevitably HPV.

"There’s a 500 per cent increase in this type of cancer in men over 40... It’s massive. It’s the same virus that causes cervical cancer. The diagnosis is the same. It’s the same words they use."

He is not the only celebrity to link his cancer to oral sex - actor Michael Douglas also made the connection after he was diagnosed with tongue cancer in 2013.

DICkinson says, "Everybody makes the jokes about Michael Douglas ’cos he was having oral sex and it’s just, like, 'OK, we need to get over that one, guys, because this is kind of serious. There’s hundreds of thousands of people at risk for this.

"Guys should know, if you get a lump... and you’re over 40, don’t just assume antibiotics will get rid of it. Go and properly get it checked out. It’s important."