Isabeli Fontana reveals Brazilian girls are successful models because they 'are very exotic and naturally beautiful'. 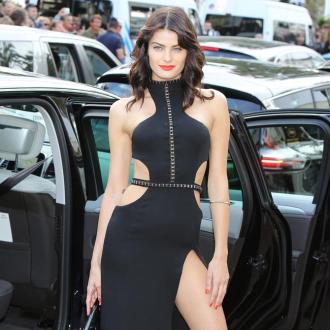 The former Victoria's Secret model thinks the South American women make the most successful models as they ''are very exotic and naturally beautiful''.

She said: ''We have a good mix of cultures and a healthy mix of people and races.

''The girls here are very exotic and naturally beautiful at the same time, so I think that's why Brazil has a big scene of good models.''

When asked about her favourite fashion capital to work in, the 31-year-old beauty - who made it into the Forbes 2014 list for the world's 15 top-earning models after raking in $3 million from the likes of campaigns from Dolce & Gabbana and Chanel - stated New York is apparently the place to get ''anything you want''.

She explained: ''I think it has to be New York. It's very easy there and you can get anything you want.''

The brunette star also talked about how tough the world of fashion can be because it's so uncertain.

Talking to Hello! Monthly Fashion: ''The industry is always changing, always looking for something new, something different. It changes a lot and you never have stability.

''It's very hard to understand because it can go from one thing to the next in a second.

''I grew up in the business and I accept myself now and I also accept the way I grew up.''