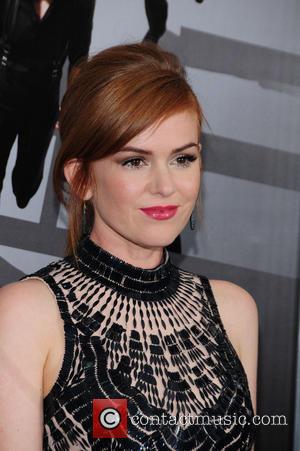 Actress Isla Fisher has vowed never to perform her own stunts on a movie set again after almost drowning while shooting new film Now You See Me.

The Great Gatsby star plays an illusionist who performs underwater tricks in the film, but one tank stunt went awry when chains keeping her below the surface became tangled, leaving Fisher in a very dangerous position.

She says, "Why would Tom Cruise not get a stuntman...? It is so crazy. You're under there, my chain got stuck; I had to really swim to the bottom (of the water tank), I couldn't get up.

"There was a quick release switch and there was a stunt guy standing by with a canister of oxygen, but no one realised I was actually struggling... I basically doggy-paddled to the bottom and, like, released myself.

"Next time, I was thinking, 'Just get a stunt double! That's what they're there for. They're professionals, they know what they're doing'."

Fisher reveals she was actually underwater for two-and-a-half minutes and has traffic boredom to thank for her capacity to hold her breath.

She adds, "I just would practice at traffic lights - when it was red."