What better way to kick start the summer than with the 9th revived Isle of Wight festival? An event so rich in history, that for 3 straight years between 67-70, its main stage paid witness, not only to the stage tricks of Jimi Hendrix, but the political prowess of Dylan and the generation defining The Who. However 1967-70 was a long time ago, and the festival circuit has never offered as much choice as it does now, with new festivals springing up each year, adding to the already bulging selection of established ones and providing stiff competition. The good news is Isle of Wight Festival organisers have recognised this and in doing so have provided the strongest line-up of its new era.

This years headliners are a generous mixture of genres and generations with hip hop making its headline debut at the festival in the form of New York's own superstar Jay Z. Having broken his festival duck with his storming Glastonbury set, this is sure to be a further triumph for one of Hip Hops finest.

Fellow New Yorkers the Strokes will provide the storming entertainment on Saturday night, with their distinctive brand of innovative rock roll, that changed the British indie scene forever back in 2002. Julian and the boys will no doubt be previewing some of the material from their long awaited follow up to, Impressions of Earth, as well as their impressive back catalogue of established gems. 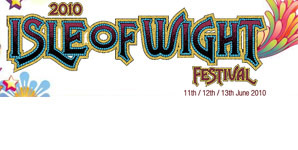 With those two huge acts covering Friday and Saturday night, how could they possibly be topped? And who could you possibly bring in to finish the festival on a high? Well the answer is simple, Sir Paul McCartney. Only a Beatle and knight of the realm was ever really fit for that job, and that's who Isle of Wight organisers have gone and got. The festivals Jewel in the crown is loved and respected by all and provides IOW with the type of mega star that other festivals will find impossible to match. Expect Beatles classics, McCartney solo tracks and if you're lucky a few Wings numbers too!

However, it's not all about headliners, also gracing the main stage are a host of 09/10s biggest artists, with nower-than-now Florence and the Machine backing up Jay Z's set on the Friday. Proceeding her are none other than the mighty Doves and the ever more promising Hockey. Alternatively, you can always visit the Big Top, where a host of female solo artists and bands dominate the bill, including Suzi Quatro, Marina and the Diamonds and Hollywood's own Juliette Lewis.

Saturday again brings a mixed bag at the Isle of Wight Festival, amongst a host of big names, you would be a fool to miss out on Scottish rockers Biffy Clyro on the main stage, the same goes for Vampire Weekend who will be enthralling us all with their summertime tunes regardless of the weather. It's also worth catching electro pop sensation La Roux on the big top as well as folk pop artists Noah and the Whale.

The fun doesn't end on Sunday either, with 'Macca' to look forward to in the evening, the day can be filled catching some of the hottest bands of the moment. The Courteeners fresh off the back of their top ten album Falcon, play the main stage just before last years mercury nominees Friendly Fires. The impressive Editors play third on the bill, and will probably be pleased that it's American pop star Pink, and not them that has the unenviable task of playing just before Sir Paul.

Whoever you go and see, there is no denying that the idyllic surroundings of the Isle of Wight will once again pay witness to some of music's finest. The small isle will once again be taken over by some 55,000 music fans all playing their part in this unique and historic event. Just make sure you're part of it.