Fun. Star Jack Antonoff Has Opened Up About His Battle With Depression And Panic Attacks In A Bid To Help Others Struggling With Similar Issues. 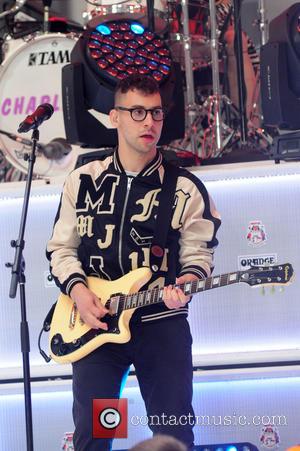 In a candid new interview with The Huffington Post, the rocker recalls his first panic attack and admits he thought he was dying.

He says, "You don't really know what's happening in your body or mind. The first time, I was really dissociated and I felt like I didn't exist - some of the most terrifying moments of my entire life.

"It was such trauma to go through, but then, beyond having those experiences, which a lot of us have, I was so ashamed of it. I didn't know what was happening, so I didn't talk about it."

But now he's open to sharing his own and hearing about others' struggles, because the conversations make him feel "way less scared".

Antonoff also opens up about his anxiety issues in new webseries Thank You And Sorry, a part-documentary, part-comedy programme featuring stars such as Olivia Wilde, Rosie Perez and Colin Quinn.