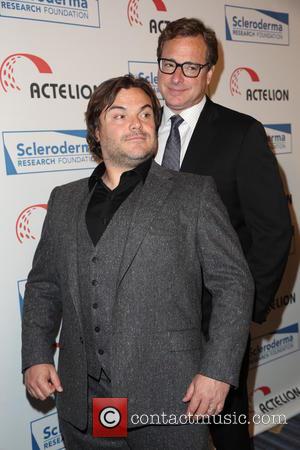 The Australian leader's party is against legalising gay marriage in the country, and this week (beg10Aug15) ministers ruled not to allow a free vote on the issue in parliament, while Abbott has declared he would back a referendum after the next election.

The issue was put to School of Rock star Black during an interview on Australian radio station 2DayFM on Thursday (13Aug15), and the actor/comedian called on Abbott to change his stance.

Black says, "I personally think the guy's living in the stone ages, though. He's not seeing the writing on the wall. The movement of the world is heading towards equality for all people, all sexual preferences. Come on, we're all the same in the end... He sounds like a bit of a nutter. A bit of a Nutter Butter."