Jack Black admitted that he still struggles with his brother's death from AIDS, 16 years on. 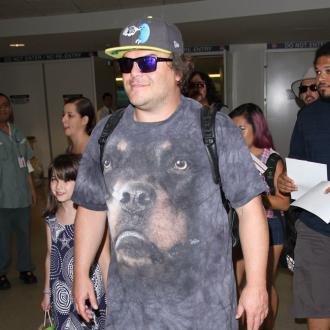 Jack Black is still coming to terms with losing his brother to AIDS in 1989.

The 46-year-old actor and musician admitted he is still haunted by the suffering his beloved sibling - who was a huge influence on his music career - went through before his death.

He told Parade magazine: ''Losing a family member is the worst thing I could imagine. [Death] didn't happen quickly. We all saw the deterioration. He was only 32. So very young. We were robbed of something precious. It was devastating. It was hard for all of us, but it was hardest for my mom when we lost Howard. She's never really recovered.

''I have two gay siblings: my big sister Rachel, and my big brother, Howard. He was a big influence on me. He took me to my first rock concert. I was 11; he was 23. He was so vibrant, creative, amazing. He shaped my taste in music.''

Jack has previously admitted to struggling with substance abuse during his teenage years, following his parents' split when he was 10 years old, and he admitted it was a time of turmoil.

He said: ''I remember just lots of turmoil from that time period. I was having a lot of troubles with cocaine ... I was hanging out with some pretty rough characters. I was scared to go to school [because] one of them wanted to kill me. I wanted to get out of there.''