Jack Black And Tim Robbins' Political Comedy Series The Brink Has Been Cancelled, Three Months After Tv Bosses Renewed The Show For A Second Season. 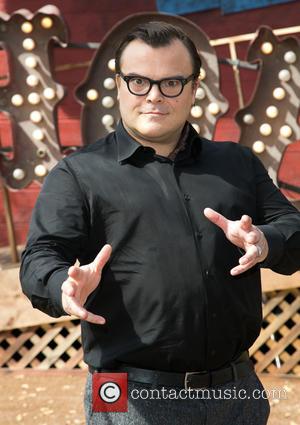 The show launched earlier this year (15) to mixed reviews, but Black was hopeful for a chance to reprise his scheming character Alex Talbot after the last episode aired on HBO in the U.S. in June (15).

The funnyman urged TV bosses not to cancel the series during an appearance on late-night show Conan in July (15).

The School of Rock star, who played a lowly U.S. Foreign Service official caught up in an international incident in Pakistan, said, "We're on the brink of being picked up for a second season. We're gonna find out, like, in the next couple days... We're gonna find out if, like, I'm good at acting, or if I'm totally sucky and s**ty..."

Given the chance to make an impassioned plea to keep the show on air, Black turned to face the camera and said, "HBO executives that are watching, I'm Jack Black. I have a family... I have two children... These kids need to eat. I wanna send them to school and it's not cheap and they deserve a future, so if you have a heart..."

Announcing the news of the show's cancellation on Tuesday (27Oct15), an HBO spokesman said, "After evaluating our schedule and our programming needs, we unfortunately decided we cannot give The Brink the attention it deserves for a second season. We are proud of the first season and wish everyone involved in this show the very best."