The multi-instrumentalist is set to release his debut album in February.

So, it's finally been announced; the winner of the 2016 Brits Critics' Choice Award. Now Jack Garratt will join the long line of success stories that are the last eight recipients of this prestigious accolade, and if anyone most certainly deserves it it's him. The Buckinghamshire 24-year-old has been announced as the ninth musician to receive the Critics' Choice Award, following the 2015 winner James Bay. He's got an impressive musical background behind him, being able to play pretty much any instrument including drums, guitar, trombone and piano and coming from a musical family, but even then his first steps into the industry were brave ones. He actually dropped out of university where he was studying to be a primary school teacher in pursuit of his dream and was subsequently picked up by Island Records.

Now he's gearing up to release his debut album 'Phase' on February 19th 2016, ahead of a brand new tour in the Spring. He's currently on tour with Mumford & Sons having completed a sold out series of UK shows earlier in the Autumn.

More: Watch the video for his song 'Breathe Life'

'I am so humbled to have received this year's BRITs Critics' Choice Award', he said in a statement. 'To have been nominated alongside Frances and Izzy Bizu was already a huge honour and a testament to the calibre of new UK music. To have been given this award is truly mind-blowing, considering I am one name in a hugely exciting time for music in this country. Thank you to everyone who voted, it means so much to me.'

The prize can only mean good things for his future if the past winners are anything to go by; Adele and Sam Smith were awarded in 2008 and 2014 respectively, and they've both managed to break records with their music this year.

Garratt will be officially presented with the accolade during the live broadcast on February 24th 2016, which will be hosted by Ant and Dec and sees performances from Jess Glynne and Years & Years. 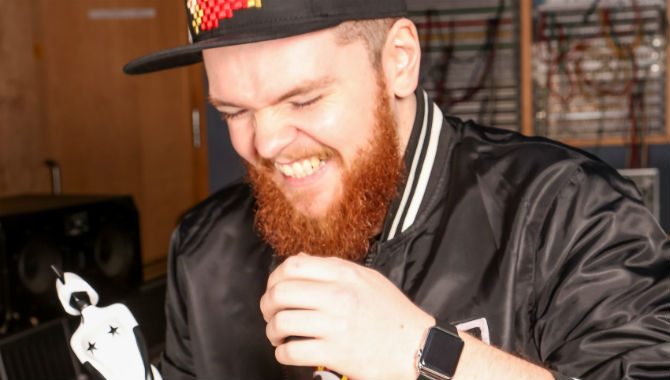