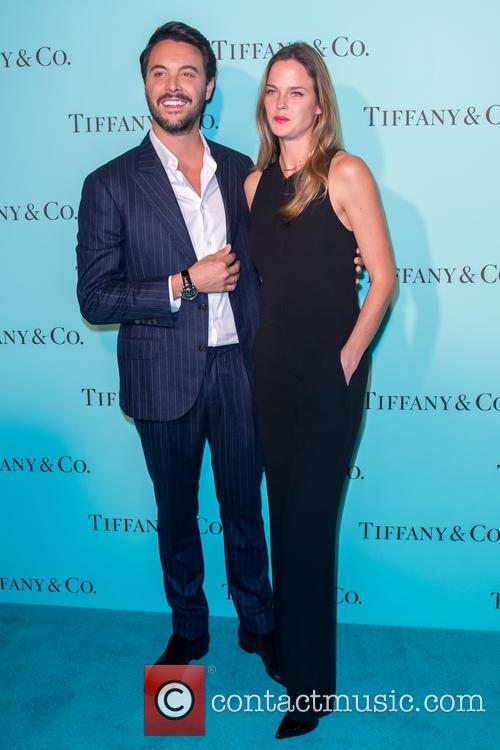 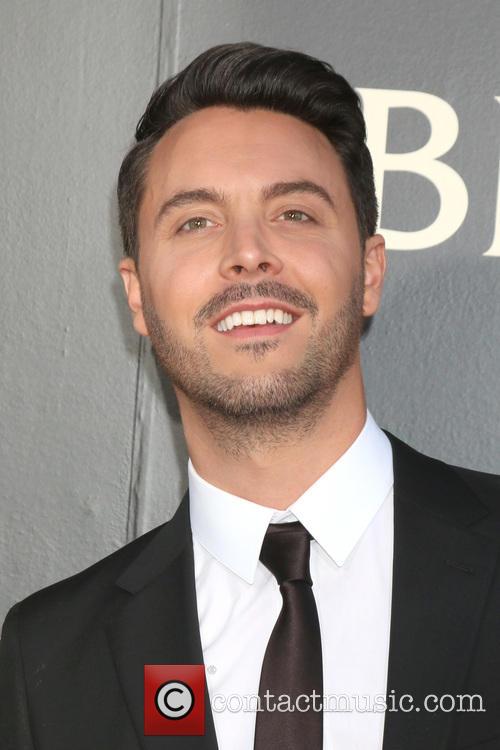 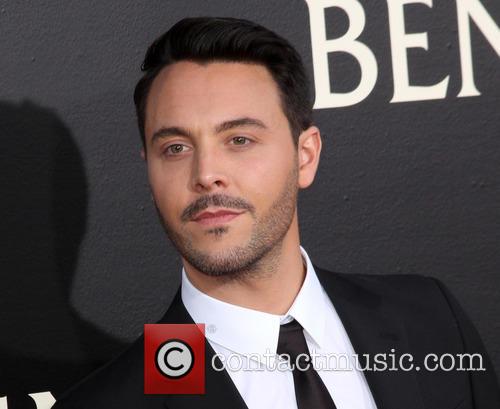 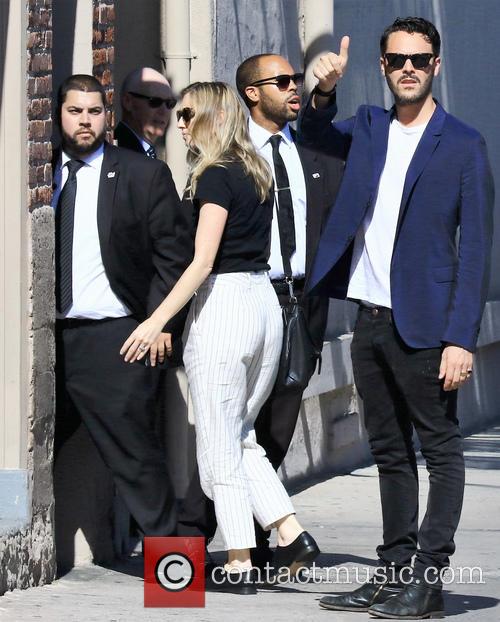 Ben Huston will play the lead in the remake of 'The Crow'.

Jack Huston, the British actor best known for Boardwalk Empire, has signed on to play the lead in the upcoming remake of The Crow. The original movie, about a man brought back to life who sets about avenging the death of his fiancée, took on extra significance given its lead, Brandon Lee, was killed when a gun was mistakenly fired on set.

Huston has been long-rumored for the role though Corin Hardy only confirmed the deal this week.

Sophia Danko is a young student unwittingly about to enter into a world of whirlwind young love when she meets a dashing cowboy named Luke Collins at her first rodeo. Handsome, charming and impossibly daring with a passion for bull-riding, he captures Sophia's heart and the two become inseparable. As they ponder their happily ever after, they come across a severe car crash, rescuing an elderly man named Ira from the wreckage. While visiting him in hospital, Ira shows her some old letters that he wrote to the love of his life Ruth during the war and she reads them to him, learning more and more about this man's life and also that no relationship is as perfect as it seems. Sophia's connection with Luke starts to strain when he suffers a near miss at another rodeo event, and she begins to resent his disregard for his own life.

When a Latin professor, Raimund Gregorius (Jeremy Irons), sees a young Portuguese woman in a red coat about to throw herself from a bridge, he is compelled to save her. She wrestles her way out of the coat and runs off into the rain, leaving the bemused and mystified professor pondering what it all means. When he discovers a small book in the pocket of her coat, he begins to embark on an odyssey to find her, yet very soon he becomes more interested in the novel's author, Amadeu do Prado (Jack Huston). After discovering tickets for a train to Lisbon stuffed inside the book, Gregorius hastily boards the train himself, throwing caution to the wind, along with his normal, boring life.

Jack Huston has nabbed the lead role in one of 2016's most anticipated movies.

Jack Huston will play Ben Hur in the epic reboot

The story focuses on Judah Ben-Hur and Messala, who become worst enemies after Messala betrays his friend and allows him to be sold into slavery. Ben-Hur spends years plotting his revenge and the two come to blows in an iconic chariot race.

David O. Russell deploys his deranged genius to explore the real events behind Abscam, cleverly focussing on the inter-relationships rather than the details of the elaborate sting operation. So under the wild 1970s hair and costumes, we have a series of characters who are never very likeable but are still hugely engaging. Which makes this one of the most prickly, exhilarating movies of the year.

As the opening caption says, "Some of this actually happened". It's set in 1978 New York, where lowlife conman Irving (Bale) is making a decent living with his girlfriend Sydney (Adams). Although his wife Rosalyn (Lawrence) knows something is up. Things get even more complicated when Irving and Sydney are cornered by FBI agent Richie (Cooper) and forced to co-operate in a complex scam to entrap mobsters and dirty politicians, including the likeable Mayor Polito (Renner), with whom Irving strikes up a friendship. As things develop, the sting continually threatens to spin crazily out of control. And Irving starts to worry that Sydney is getting far too close to Richie.

Intriguingly, even as the story gets more and more insane, Russell keeps the story grounded in the characters and the way they interact with each other. So their shifting relationships, power struggles and internal jealousies take centre stage, blurring the details of the undercover operation into the background. This may annoy viewers who want clear insight into Abscam, but it makes the movie much more involving. And it gives the actors a lot to work with. Each of them delivers a powerhouse performance that blends the character's distinct physicality with a complex inner life.

Even though it's slightly too mannered, this true drama takes a clever approach to the beat poets long before they were famous. It's also packed with shocking twists and unnerving details that help us get emotionally involved in the story. And while the complexity of the approach kind of leaves us on the outside, sensitive performances help us see beneath the surface.

Set in 1943, the film centres on Allen Ginsburg (Radcliffe), who has been encouraged by his poet father (Cross) and needy mother (Leigh) to attend Columbia in New York. There he befriends the transgressive writer Lucien Carr (DeHaan), whose secret mentor-boyfriend David (Hall) is actually writing his coursework. Through Lucien, Allen is introduced to the druggy lifestyle of intense artist William Burroughs (Foster) and rugged womaniser Jack Kerouac (Huston). And together they decide to change the world. Then a shocking murder alters the dynamic between these young men.

The film's title is age-old advice to artists: you have to get rid of the people closest to you if you want to truly express yourself. And of course the fatal plot twist is an ironic exploration of this idea, as the film delves into shadowy corners of artistic anarchy, drug use and sexuality. (Radcliffe's notorious gay sex scene is strikingly well-played and pivotal in Allen's journey.) Filmmaker Kokidas infuses each scene with dark artistry: the actors look achingly cool even when they're wallowing in a trashy, immaculately production-designed drug den.

Irving Rosenfeld is a conman whose impressively deft criminal exploits have eluded authorities for years. However, when he finds himself forced to use his talents for good as he is roped into an FBI sting operation led by the unhinged agent Richie DiMasom, he finds his life of partying, drinking and squandering money under massive threat. He must use his fraudulent cunning to reveal the seriously corrupt crusades of Carmine Polito, the Mayor of Camden, New Jersey, whose power cast spreads much further than his constituency. Irving is helped by the seductive but dangerous Sydney Prosser who soon becomes less of a business partner and more of a mistress. As their relationship deepens, however, they arouse the suspicions of Irving's gregarious but unbalanced wife Rosalyn who threatens their whole operation with her lethal jealousy and deadly rage.

'American Hustle' is a high-stakes gangster thriller directed and co-written by the Oscar nominated David O. Russell ('Silver Linings Playbook', 'I Heart Huckabees', 'Three Kings') alongside writer Eric Singer ('The International'). Featuring a talented award-winning cast (some of whom O'Russell has previously worked with with much success), the flick is set to hit the big screen on December 18th 2013 in the US. 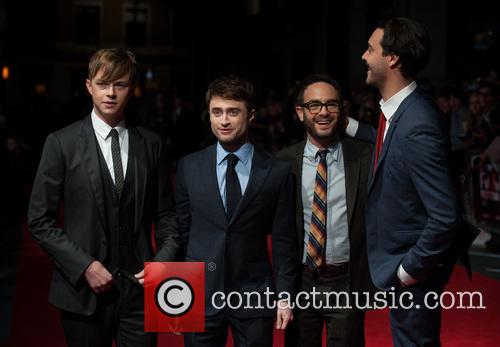