Jack Lowden is happy with the opportunities - and the weather - in the UK so won't move to Hollywood. 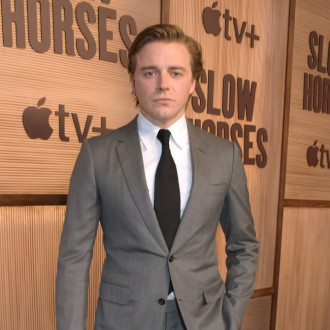 Jack Lowden won’t move to Hollywood because he’s “s**** in the sun”.

The ‘Slow Horses’ actor – who is in a relationship with Saoirse Ronan – insists he’s happy to be based in the UK because he thinks there are such “fantastic” theatre, movie, and TV opportunities there, so he’s got no need to base himself in the US,particularly because he’s not a fan of the weather.

He told Britain's Vogue magazine: “I’ve been over a few times, but here seems to be where it’s happening.

“The quality of stuff being made in the UK is just fantastic.

The Scottish star’s turn in Apple TV+’s MI5 drama ‘Slow Horses’ has seen him linked with the vacant role as James Bond but he currently can’t imagine anyone other than Daniel Craig as the suave spy.

Asked about the speculation, he said: “Slough House is MI5, though, not MI6 – strictly domestic.

“It’s going to take a long time to get [Daniel] out of my head. Or anybody else’s.”

When he isn’t working, the 31-year-old actor loves wild swimming.

He enthused: ““Beforehand you’re hoping that you trip over and can’t go through with it.

“Then you come out and you just wanna hug and kiss people.”

His girlfriend shares his hobby, and Jack recalled a recent trip he and the ‘Ammonite’ star took, kayaking Great Glen Way in Scotland with friends, paddling by day and wild camping at night.

He said: “Amazing. We reached a pub at one point and walked in there like we’d been missing for three months. We’d only been camping for two nights; you’d think we’d come back from Shackleton’s expedition.”