Sources tell American tabloid the STAR that the actor has been making generous payments for the child's care and education to the young girl's mother - a former waitress called JENNINE GOURIN, who became pregnant by the legendary lothario at the tender age of 20 after a year-long affair, during Nicholson's separation from his then-girlfriend Rebecca Broussard.

A source says, "Jack's daughter is just getting old enough to start asking sensitive questions about her daddy and the family situation. It must be a confusing and difficult time for her.

"But while Jack hasn't acknowledged his daughter's birthright to the world, at least he's opened up his wallet, if not his arms. He promised to pay all the hospital bills after his daughter was born and to take care of the child financially - and he's delivered on that promise. He even sends a truckload of toys to the little girl at Christmas."

Nicholson's daughter attends one of the most exclusive private schools in New York, with yearly tuition costs totalling more than $24,000 (GBP16,000).

The source adds, "Jack's little girl is really blossoming into the spitting image of her dad. You can really see his features in her face, especially around her eyes." 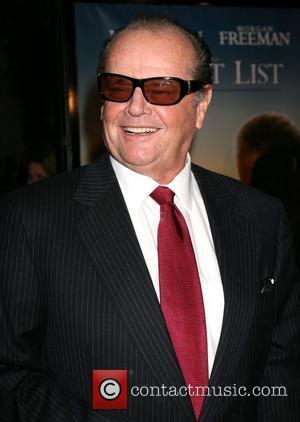