Undoubtedly, historical-drama 71 represents the pick of the cinematic releases in the UK this weekend - another movie starring Jack O'Connell that could easily pass as one of the years' finest. The 22-year-old stars as a young British soldier accidently abandoned by his unit following a riot on the streets of Belfast. Unable to pick out friend from foe, Gary Hook becomes increasingly wary of his own comrades and must survive the night alone.

"The film's mix of hard-nosed realist drama with more heightened genre elements - action, certainly; horror, even - means that it's always distinctive and has you in its grip from start to finish," said Dave Calhoun of Time Out.

"It distinguishes itself from Pual Greengrass's films by virtue of its close attention to political and moral ambiguities," said Kenji Fujishima of Slant magazine.

More: Is Jack O'Connell's 'Starred Up' the best drama of the year?

"A brutal army thriller that feels like the truth, thanks to take-noprisoners storytelling and a tell-no-lies performance from Jack O'Connell, Brit-grit's heir apparent," said Matt Glasby of Total Film.

Jack O'Connell in 'Starred Up'

"Remember this name: Jack O'Connell. He is magnificent in one of the most remarkable portraits of soldiering in recent memory," wrote MaryAnn Johanson of Flick Filosopher.

It's true that O'Connell is magnificent, though there's no need to remember the name. The chances are, you're already aware of the Derby born actor's talents and even if you're not, you soon will be. He delivered a career best performance in the prison drama Starred Up earlier this year and will play the lead in Angelina Jolie's Unbroken - tipped for Oscars success next year.

Just five years ago, O'Connell was a relative unknown, cast in the Channel 4 teen drama Skins, however, he soon began to make his name in the industry and caught the eye of Michael Caine on the set of Harry Brown. "Star of the future," the legendary actor is said to have dubbed O'Connell whilst filming. 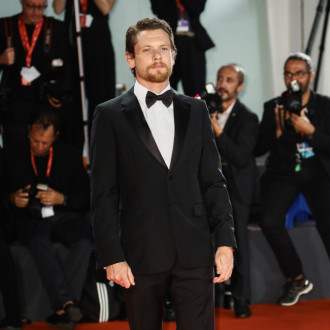