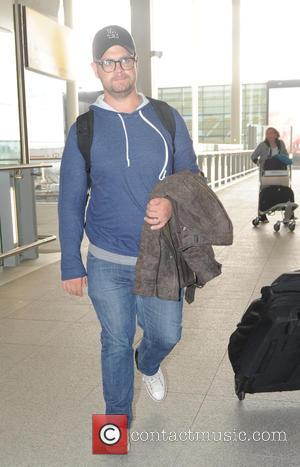 Rock offspring and Tv personality Jack Osbourne is set to become a father for a second time.

Ozzy Osbourne's son took to Instagram.com on Saturday (21Feb15) to announce the news to fans, revealing his wife Lisa is pregnant with a sibling for the couple's two-year-old daughter Pearl.

Alongside a photo of little Pearl cuddling up to her mother's bare belly, he wrote, "Supprise (sic)!!!!! #round2 #babyinbound".

He also shared a link to Lisa's blog, RaddestMom.com, directing fans to read all about the pregnancy from the mum-to-be herself, who admitted she was more than four months along.

In the new blog post, Lisa writes, "I'm pregnant! Pearl is very happy to become a big sister. She diligently reads her 'I'm a big sister' books every night & recites to me her plans of bathing, feeding, singing to, and holding the baby.

"We are more than halfway through this thing & are very excited to be parents again! Thanks for all the well wishes."

The couple wed in 2012, shortly after Osbourne was diagnosed with multiple sclerosis. They were hit with another challenge early on in their marriage after Lisa suffered a late-term miscarriage in 2013.