Dubstep as a music genre is quite hard to get right? Anybody can add deep bass and hard hitting reverbs on beats to a well known track until it falls into the right category, to create an album is another skill. 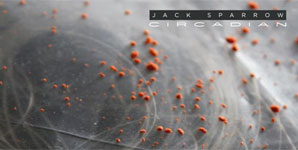 Fortunately this is something Leeds producer, Jack Sparrow, can do well. Using enough samples and effects he has created his debut album, Circadian. A circadian rhythm is the 24 hour cyclical process of any living thing, and this is quite apt for the album. Taking you full circle within an album that takes you on a Dubstep journey which really flows. You could see it as a 24 hour journey with peaks and falls.

With previous success through his singles 'The Chase' and 'Terminal', Sparrow does not have to break the dubstep market as a complete unknown. There is a certain amount of pressure to live up to his 'rising star' hype though.

Circadian travels through high energy fast paced beats, to hazier more chilled dubstep in a seamless transition. This isn't just a dubstep journey; it uses a cocktail of outside influences. A certain lack of fear is injected as jungle beats turn to relaxed and tranquil ambience.

To hit the commercial market it would need far more vocal samples, but for the pure dubstep fans, this probably won't disappoint. The perfect urban life soundtrack, minimalist and unfussy, but complex enough to maintain your attention and enjoy the journey.