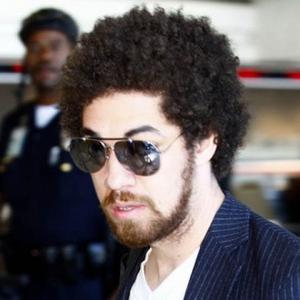 Jack White says Danger Mouse "did everything right" on his new album 'Rome'.

The White Stripes frontman collaborated with the producer - real name Brian Burton- to provide vocals for three tracks of his new record, which is inspired by Italian film soundtracks ; in particular those made by Ennio Morricone - who made the music for director Sergio Leone's 'Man with No Name' trilogy starring Clint Eastwood.

Jack told Q Magazine: "It's an emotional sounding record. Brian did it right, he transcribed all the music and took it to Rome and had all the original musicians from the Ennio Morricone soundtracks perform it.

"They're all in their 70s, and incredible players. Brilliant idea he had.

Danger Mouse - who is also one half of Gnarls Barkley - also worked with jazz singer Norah Jones for the album, and said he used both vocalists because of the very specific feel they could bring to the tracks.

He said: "Jack is a great singer. I wrote the music, he wrote the words. He completely got the project and his songs fit perfectly.

"And what I love about Norah is she can have a kind of an everywoman touch. She can be very gentle and that was important here."