Rocker Jack White is campaigning for gender equality in the music business in Nashville. 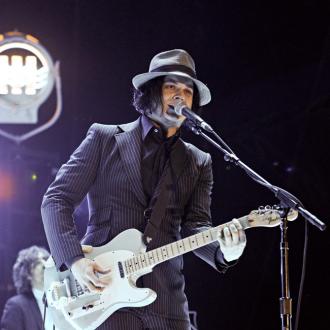 Jack White gave a speech on gender equality in Nashville on Wednesday (13.07.16).

The 41-year-old rocker - who fronted The White Stripes before calling time on the band in 2011 - was appointed to the Nashville Gender Equality Council and took to the stage at a press conference for the launch of a study into the issue in the city.

Jack - who is from Detroit - said: ''In my life in the arts, I have always considered it unfair when producing a record, for example, that a drummer would be paid less than a singer, simply because that singer had an agent or representative. They are both creating regardless of their instrument or even their experience. They should be paid the same. Now wouldn't it be just as ridiculous to pay two fiddle players a different wage because one of them is male and one is female? I think so. It is embarrassing that in 2016 there are any differences in benefits or wages between genders in our society. Gender equity is something that should've been solved a century ago worldwide, and it is sad that we even need to address it. If the person does the work, the benefits of doing that work, should be equal among all human beings.''

Jack was appointed because of the policies he has implemented at his record label Third Man Records, including six-month paid maternity leave, three-month paid paternity leave, health insurance for all employees and a $15 minimum wage, and he has urged other bigger companies to follow suit.

''If my small company can enact these ideas, then so can McDonald's and General Motors.''

Jack touched on matter of self-identification and said an individual should be allowed to choose their own label and not be penalised for it in the workplace.

He said: ''I also must stress that the labels of gender and sexuality are completely up to the individual and not the people who employ them, or the government. If a person is born into a different scenario or a different type of physical body, they shouldn't be treated in any degrading fashion. If they choose to represent themselves as transgender or gender neutral even, it should not affect their wages or benefits or how they are treated by other human beings.''

Meanwhile, country superstar Dolly Parton has teased she'll collaborate with Jack - who covered her classic hit 'Jolene' in 2004 - on a hit.

She said: ''I love him [Jack] to death. The White Stripes did one of the greatest versions ever of 'Jolene'. I had a chance to have dinner with Jack in LA not long ago and we talked about the possibility of one someday down the road that we may get together to do something.''