Rocker Jack White Has Given Fans The Chance To Record A Song In The Style Of Elvis Presley's First Single. 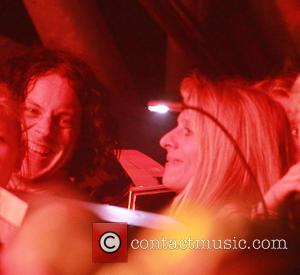 White now plans to mark Record Store Day on Saturday (18Apr15) by opening a studio booth at his Third Man Records store in Nashville, Tennessee and allowing fans to record tracks in the way Presley did during his first proper session.

A statement reads, "In the spirit of Elvis' first recordings, Third Man Records will open up the Blue Room to lucky fans and give them the opportunity to record themselves in the exact same way Elvis did in his first session at Sun Records in Memphis back in June of 1953. Behold the Third Man Recording Service. One mic, one song, cut directly to a 10" lacquer disc."

The Seven Nation Army hitmaker is also putting his rare Presley record on display and allowing music lovers the chance to buy a copy on acetate.