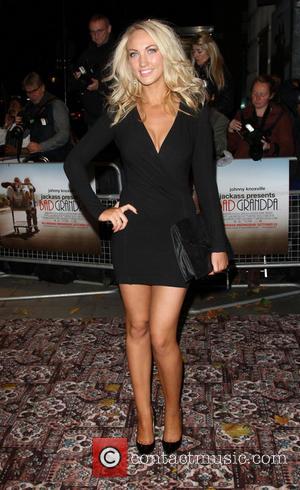 Jackass star Johnny Knoxville was left injured at a screening of his new film Bad Grandpa at a frat house after a student spiked his drink with Ecstasy.

The star plays an octogenarian in the new road trip movie, and for one scene, the crew headed to a college campus to test out the movie in front of its target audience.

Before the screening, Knoxville was passed drinks by fraternity members - one of who had laced his booze with the club drug, prompting him to go wild.

He tells Britain's The Sun, "We were filming a promo for Bad Grandpa at a frat house in Arizona. I was dressed as (Bad Grandpa) Irving and was sitting in the audience with the students and people kept handing me drinks and someone dosed me with Ecstasy.

"About 30 minutes into the screening, my heart starts racing and I'm like, 'I am x-ing right now, someone dosed me.' I was so happy because I haven't done x (ecstasy) since my 20s."

However, the star's unexpected drug trip resulted in a nasty injury. He adds, "For the rest of the shoot I was just a train wreck, and we got a lot of funny stuff.

"But at some point I ruptured the tendon in my finger either busting through a table or climbing up a net."